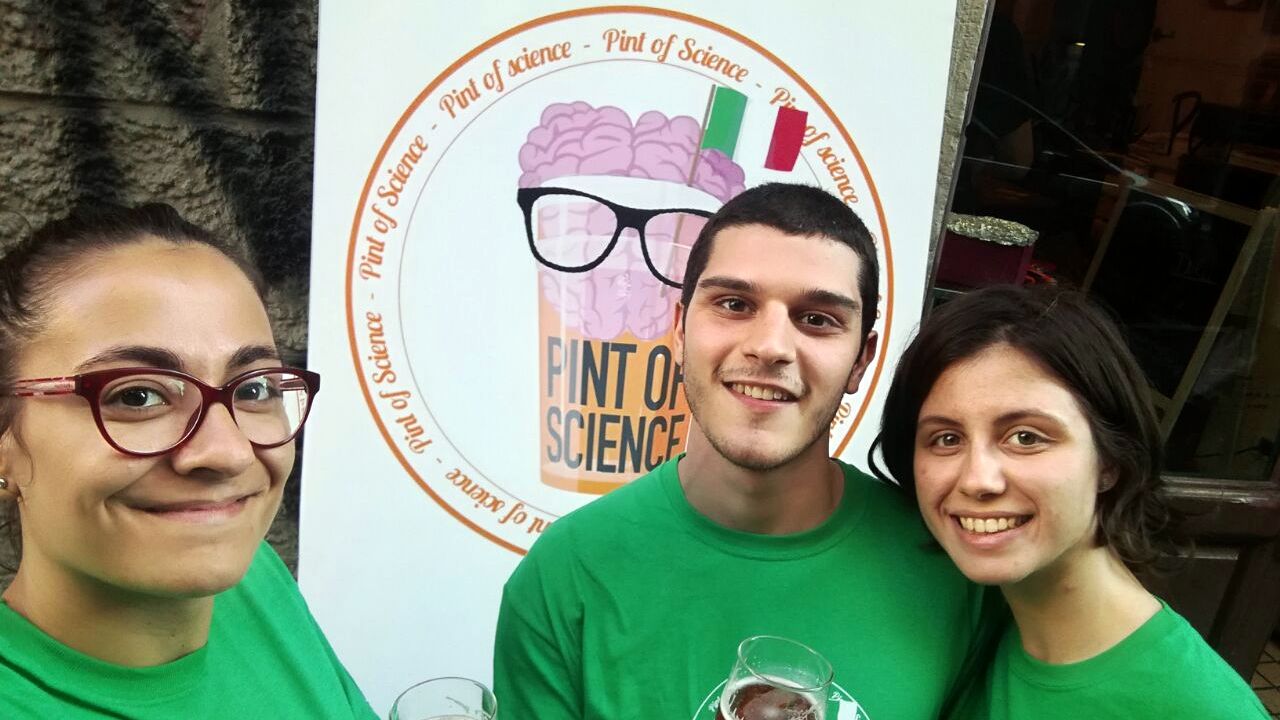 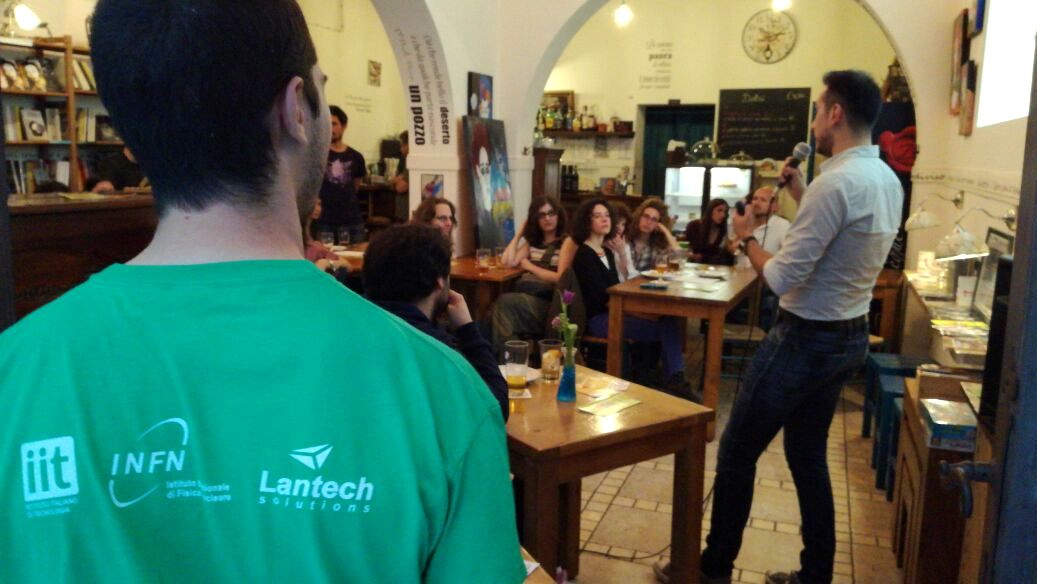 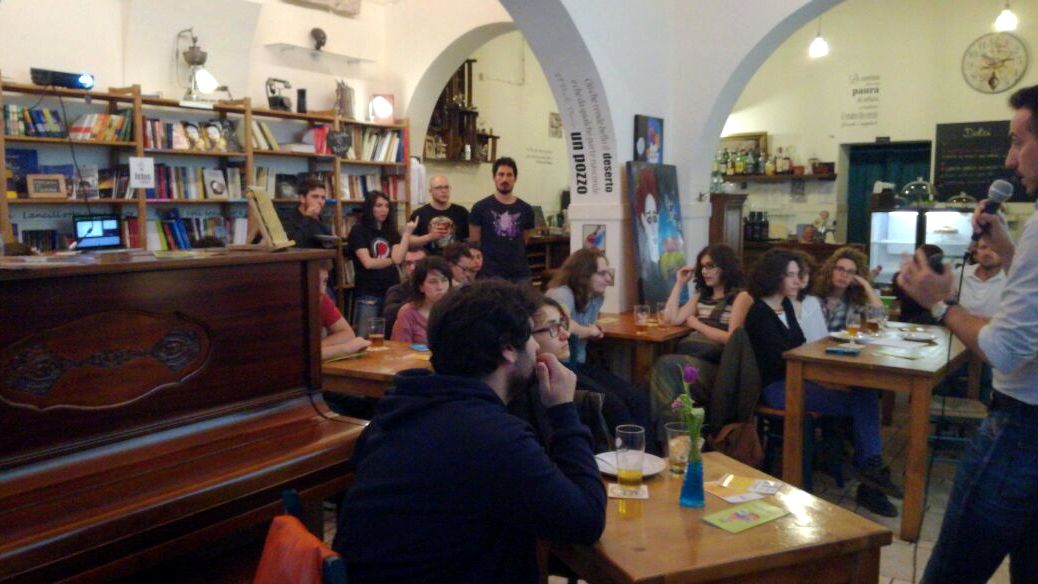 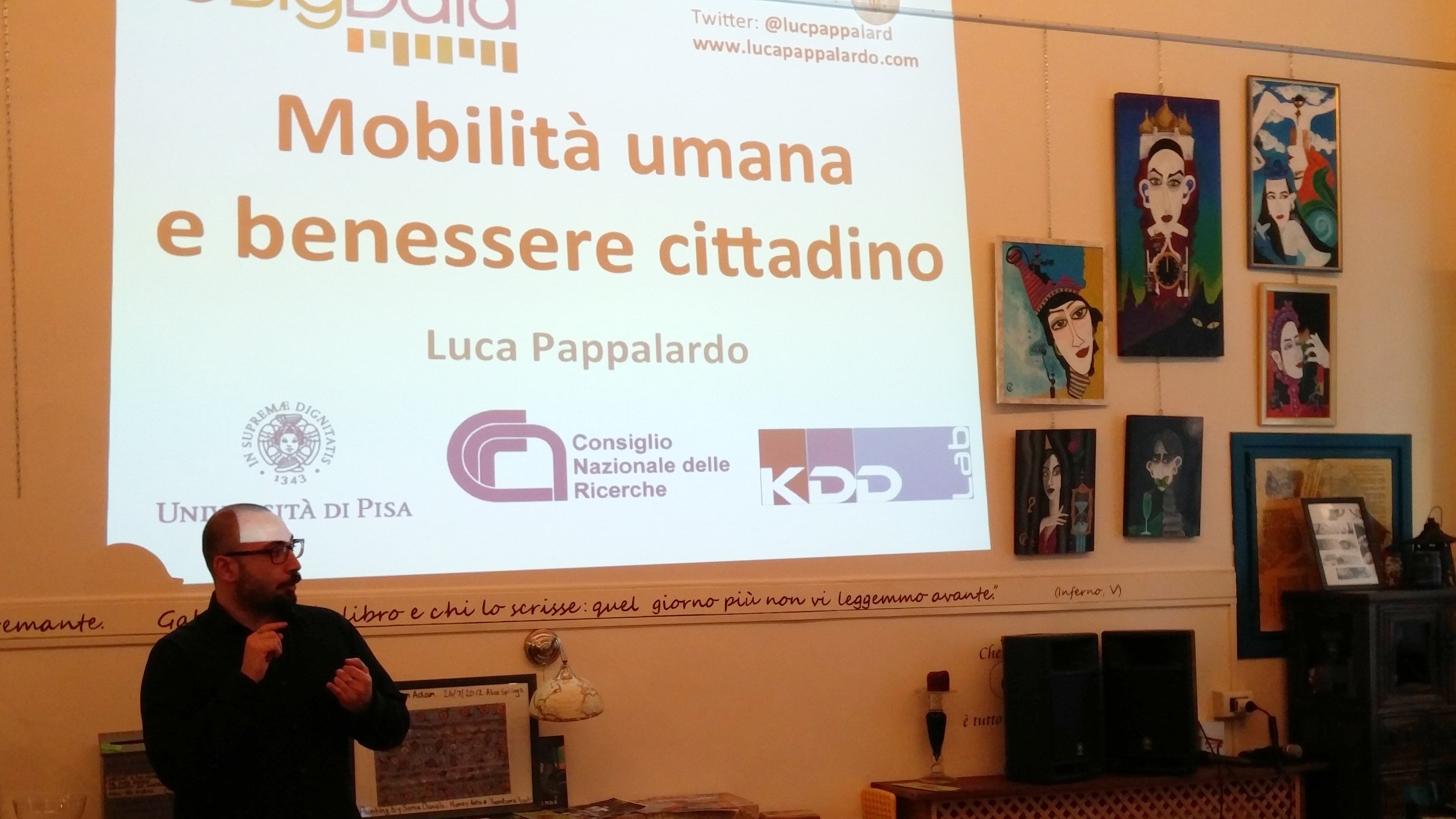 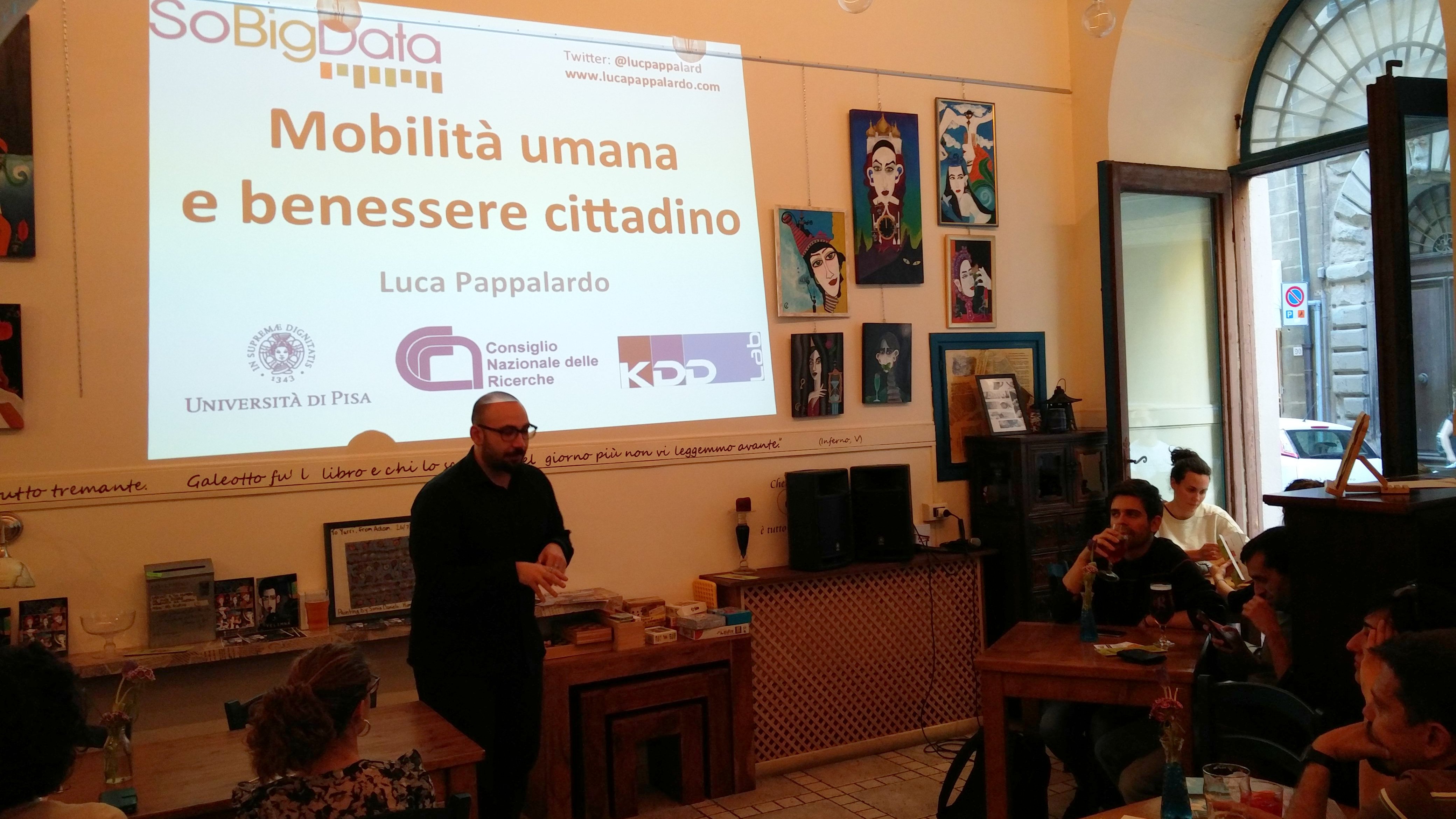 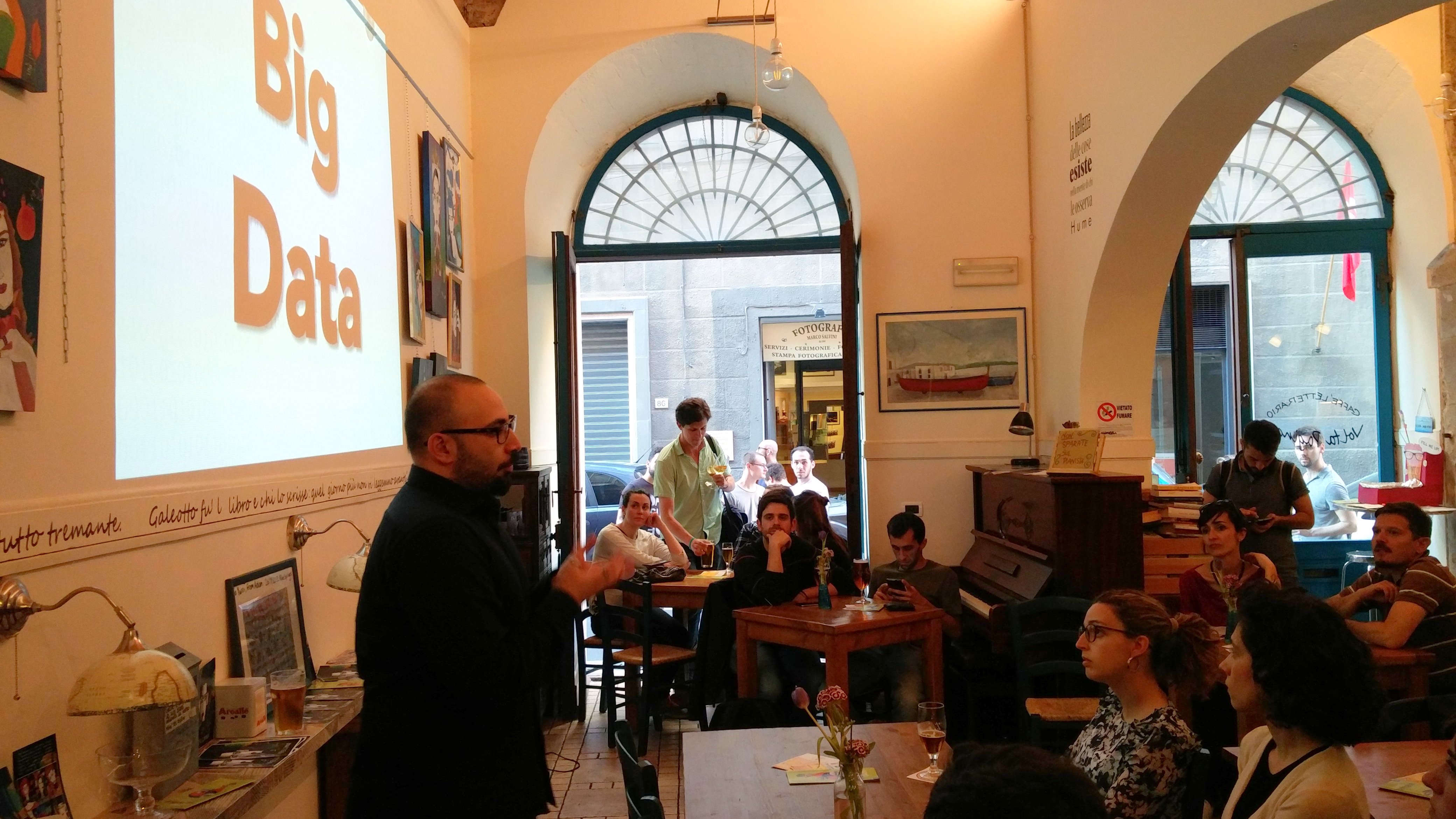 One of the most difficult tasks for scientists and researchers is to communicate the results of their activities and the effects on the everyday life.
In 2012 two research scientists at Imperial College London, Dr Michael Motskin and Dr Praveen Paul, started the Pint of Science events to have people meeting scientists in front of a pint of beer. In few years Pint of Science has quickly conquered hundreds of cities, in different countries in all continents.

Yesterday the last event has closed the second edition of Pint of Science in Pisa with the participation of scientists from the SoBigData and KDD Lab laboratories.
"It a great idea" said Stefano Cresci, a researcher from IIT CNR, who talked in the first event at the VoltaPagina "It was funny to speak and it's interesting to observe that our research is suggestive for a lot of young people."
Also the second speaker, Paolo Cintia from KDD Lab had a positive feeling: "Unexpectedly a lot of students attended the event. It was interesting to debate about applied research with them and to observe their passion for the topic. Beer is a very useful didactic tool".
"A challenging environment, a lot of original and pertinent questions from young people, students. I was there to teach something and I came back learning a lot of things from the participants' curiosity" said Luca Pappalardo from KDD Lab.

At the Voltapagina in three days 115 people have met our scientists and the total for Pint of Science in the tree locations in Pisa and Lucca was 530.
"Pint of Science is at his second edition in Pisa." says Marco Monaci, the local Pint of Science coordinator "We have almost doubled the number of participants. The three pubs had different topics: at LuccaLibri in Lucca we had "Beautiful Mind", that means studies related to the humand mind and the perception we have of the world; at the Caffe' Letterario Volta Pagina in Pisa there was "Tech Me Out", the world of technology and his application and tools; at OrzoBruno in Pisa the topic was "From Atoms to Galaxies", talking about phisics and astrophysics. The participation was enthusiastic, a lot of questions and a positive feedback from the public." 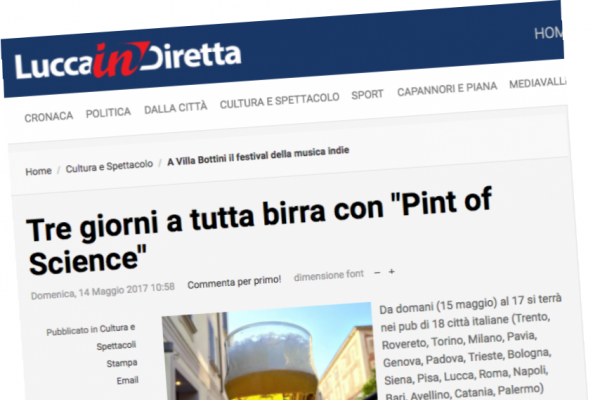 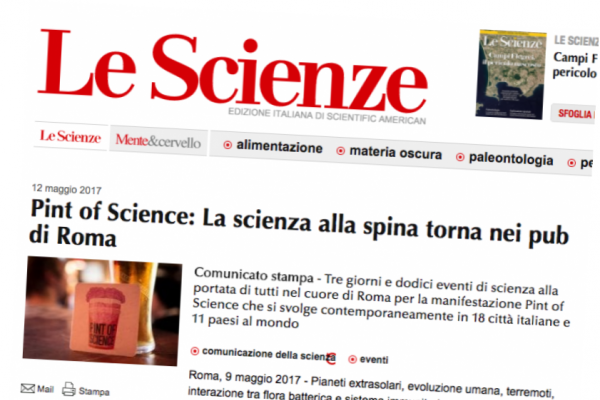